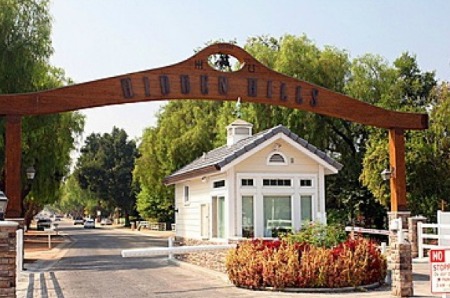 Welcome back to my crazy history! We left off in my pre-teens, when I was a horseback riding, bodysurfing, skateboarding, waterskiing tomboy, living in Woodland Hills.

My mom re-married (Floyd became my step-dad) when I was nine and he and his two kids, Kari and Jeff, came to live with us in Woodland Hills. We were a dysfunctional “Brady Bunch.” Kari and Jeff are both older than Sheri and me – having them and Floyd living with us took some getting used to.

I acted out. I was a brat. I used to pull evil pranks on Sheri, like pulling a stocking over my face and scratching at her window to freak her out. There was also the time when my friend, Sharon, put ketchup on my face and had me lying on her front porch, like I’d been hurt. She then called Sheri and told her, “Susie has been hit by a car!” Sheri jumped on her pink Schwinn bicycle and pedaled like mad down the street to find me lying in a pool of ketchup, looking dead. She panicked, poor thing. I sat up and stopped her before she called our mom. It’s remarkable that Sheri still loves me – she is actually one of my closest friends now, as well as being an awesome sister.

Things bumped along for a few years and I stopped acting out. I became even more bookish and introverted then I had been as a younger kid – I devoured books (and still do) like my horse sucked up water on a hot day. It was around this time that my stepbrother Jeff bought me my first harmonica. I started picking out tunes on it immediately, but I was a closet musician – I was too nervous to play it in front of anyone.

We moved to Hidden Hills (think Beverly Hills with guard gates, pepper trees and bridal trails) in my senior year in high school. That was weird. The kids I went to school with were rich kids – daughters and sons of actors, producers and other rich folks. I didn’t fit in with that crowd and became even more introverted and bookish.

I had a hostess job at “Nosh-O-Rama,” a really good Jewish deli, during my senior year and a couple of years beyond that. I met my first husband Don, a guitar-slinging, horseshoeing, rollerskating hairstylist while I was working at ‘Nosh-O-Rama.” He is responsible for pulling me out of the musical closet and really getting me into music. He also moved me up to Healdsburg in 1981, and later brought my son, Shon into my life – all major life-changing things for which I am eternally grateful.