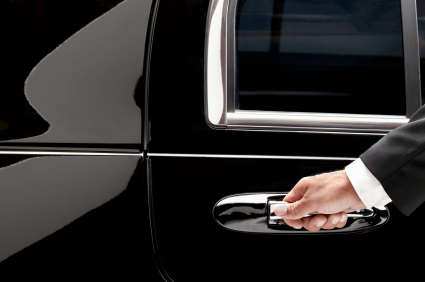 The tasting room was crowded with cheerful visitors as I worked my way behind the bar, pouring wine, chatting with the customers and operating the cash register. Soft music played in the background. It was a good day.

As I poured wine for a Tommy Bahama clad tourist, I glanced up and saw a sight that made my blood run cold. The limo was long, black and sleek and parked directly in front of the tasting room entrance. Ten young women tumbled clumsily from the maw of this great vehicle like baby guppies being spawned.

As they tottered unsteadily on their high heels toward the front door, chattering as loudly as magpies and talking on their cell phones, fine beads of perspiration crowned my forehead and my hands began to shake slightly. It was a premonition of sorts.

I could hear them through the front door, which was closed. I steeled myself for the inevitable as they burst into the tasting room, enshrouded in perfume and group mentality.

The inclusion of this flock of weaving, squawking, perfumed and inebriated women had increased the decibel level in my otherwise peaceful tasting room from a low, happy hum to an uncomfortable cacophony. This new noise level was making it difficult for me to talk with and sell wine to my other customers. I had to act, and fast. I approached the group, which was dominating one section of the tasting bar. As I poured small samples of wine for each of them, I respectfully asked them to lower their voices. They ignored me. They accepted their tastes, turned toward each-other, and if anything, talked even louder.

Fortunately, I had a selection of only three wines on the tasting list, so I could move these women through quickly. As I poured the women their second tastes, I again requested for them to lower their voices, but they were having none of it. They were partying together and having too good of a time to be concerned with anyone else’s comfort.

I sighed and worked my way back down the bar, now having to yell over the din to my other customers. Luckily for me, I have a big, strong voice when I need to use it. I am the lead singer and harmonica player with a popular local band, and all those years of vocal training and singing in front of crowds really comes in handy sometimes.

Meanwhile, more new customers were arriving, and the bar became two and three customers deep in places. I picked up my pace, yelling greetings to the new visitors and pouring wine, operating the cash register (“Playing sonatas on the cash register keys”, as my boss likes to say) and writing up shipping orders even more quickly. Multi-tasking is a must when working in a tasting room.

I breathed a sigh of relief as I poured the group of women their third and final small taste of wine. I asked them a third time to please lower their voices, but again they blithely ignored me and continued to enjoy their own noisy party.

If a tasting room visitor has been over-served at a previous stop, it is common practice for a tasting room representative to “short pour” or to refuse to serve the visitor more wine. I should have refused to serve the group of young women before they even entered the room, but I was just too busy, and they were in a limo, after all.

All of a sudden, things turned ugly. I was quickly pouring and yelling my way down the bar, when the same group of young women asked to try all three of the wines again. I took a deep breath and told them apologetically “I’m afraid that I can’t pour you any more wine – you have sampled everything here, and I believe that you have had a little too much to drink.” An uneasy hush fell over the group for a moment. I could feel the storm clouds gathering, and girded myself for their response.

The kind, Tommy Bahama clad visitor jumped to my defense and said to the women “She’s right, she can’t pour any more wine for you.” That shut the women up for a nanosecond. Then he said “I work for the Alcoholic Beverage Commission, and it’s illegal for her to pour more wine for you if she believes that you are inebriated.” Mr. Tommy Bahama didn’t really work for the A.B.C. – he was just trying to help me out. Thank God for kind tourists.

Meanwhile, back at the bar, the inexorable march of new visitors continued. The next thing that happened is forever etched on my memory. A petite blonde detached herself from the group of women and positioned herself at the front door. She pointed a wobbly, French-tip manicured finger at me as she bellowed “She sucks!” “Don’t come in here!” “This is the rudest tasting room I have ever visited!” “I am never coming back here!” Many other delightful pearls of wisdom fell from her perfectly shaped lips as she unsteadily stood guard and ranted at me by the front door. I did my best to ignore her as I busily poured wine for my visitors in the now packed tasting room. My hands were shaking with suppressed rage. I wanted to vault over the bar and throttle her, but you just don’t do that in the hospitality industry. Oh, well.

I continued hustling my way up and down the bar, pouring wine, yelling greetings and playing sonatas on the cash resister. I was studiously trying to ignore the increasingly belligerent group of young women that had now joined their blond sister by the front door. Now they were talking amongst themselves louder than ever and still trying to get more samples of wine from me. We women are such delicate, ethereal creatures.

Finally, their limo driver came into the tasting room to shepherd his group back into the sleek sanctity of his vehicle. I silently pitied the poor man. I wondered if he would take the young women to more wineries, and if they would be denied wine tasting because of their inebriated state. I wondered how many more miles he would have to drive them and if he would have a mess to clean up after they finally disembarked. I hoped he had earplugs.

I have never been so happy to see a group of people leave the tasting room. As the front door of the tasting room closed behind them, my other visitors actually clapped and cheered for me. I took a small bow and got back to work.